Show and tell with a property video

homes.co.nz is a big supporter of real estate videos, and one reason for this is that people are attracted to video over static images. Video creates a higher engagement with house hunters.

It means buyers far and wide, across New Zealand – and around the world – can get a good feel for a property and its location from their armchairs. In addition, they can share videos with friends and family.

Among those who have adopted video marketing is Andrew Duncan of Wellington’s real estate firm Relatable. He says videos not only show buyers the flow of the home but also the property in action – for example, it can feature people walking from inside the home to an outdoor entertaining area, in the kitchen, and enjoying other spaces within the property. You can get creative by adding a little magic. “You can have a time-lapse of a sunset, from a vantage point on the property,” says Andrew.

He adds that video production is usually vendor-paid, especially the higher-end production ones that require a team to script, shoot, fly a drone, and edit the footage to perfection. Then there’s titles, graphics, music and voice over to record and mix in.

“Owners of higher value properties are often open to using video marketing as a way to make their property stand out from the crowd online,” says Andrew. “If done correctly, it can add to the prestige of a home.”

His vendors pay anything up to $2000 or more for a highly produced professional video. But when a home is being marketed at a premium price the benefit far outweighs the cost due to the greater reach and increased buyer engagement.

Costs do vary though, as Penny Lyons at Sotheby’s in Taupo says her clients expect to pay around $650 on video production.

She says that on Facebook her videos get more than double the click-through from viewers than photo-only posts.

“Videos can be up to 135% better than pictures alone,” she says. “When video links are emailed to potential buyers the click-through rate is up to 300% better than emails without a video.”

Her style of video is to highlight the best areas of the property.

“We don’t do walk through,” says Penny. “We bespoke the video to highlight the property’s best features, and also the area it is in due to many of our purchasers coming from out of region. “NZ Sotheby’s International Realty prefer to just use music, as it isn’t about the agent – we want to focus on the property.”

But plenty of real estate agents like to do a piece to camera, believing it can be good for their personal profile and start the client-agent relationship.

Andrew’s advice to agents is to have a lot of energy and says they should give buyers the information they may not already know from reading the advert. “Talking to camera interspersed with voice-over is my preferred style of video,” he says.

Voice overs can include details of not only the home but local services such as public transport, nearby shops, schools, parks, and medical centres.  The home should not be marketed in isolation of its surroundings – and Google maps can really help set the location using screen capture video.

Once the video is made then it needs to be put in front of potential buyers, and that means placing it on websites such as homes.co.nz

“Agents and owners should also have an effective social media marketing campaign with boosted posts to promote the video to a demographic that suits that particular property,” says Andrew.

“Video can sound like a good idea, but make sure you have an effective strategy in place that will add value to a buyer before you go ahead and spend money on this kind of marketing.  Ask: ‘How will this help our potential buyers?’”

Andrew doesn’t always use video though. He says a close second in popularity are virtual tours where computer users ‘walk’ through a property in a 3D-type virtual experience with a cost between $300 and $500.

If it’s a dull day then shoot inside and return for exterior shots on a sunny day. It is ten times quicker to shoot it right than fix it up in post-production. 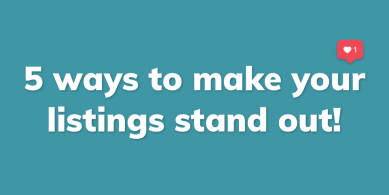 5 Ways To Make Your Listings Stand Out 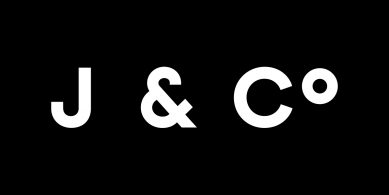