Sixty-to-one – how one home-buyer beat the odds

Returning to Wellington from Australia just before Covid-19 arrived on our shores, insurance claims manager Femke Burger figured property values would drop while she searched for the perfect home.

Eleven months after attending the first of 60 open homes, and putting failed bids on 10 of them, she settled on a two-bed unit in Waterloo that was more expensive than a house she looked at almost a year earlier.

“Everyone thought Covid would push prices down, but the opposite happened,”

“Everyone thought Covid would push prices down, but the opposite happened,” says Femke.

“I started with the perspective that I wasn’t in a major rush to buy a home, which meant I was being very particular about where I wanted to buy and what I wanted to buy,” she says.

“I had time on my hands and didn’t think the housing market would rise in the way it did. I, like many others, thought prices would drop but the exact opposite happened and I really struggled to justify the prices I was seeing for the properties I was looking at.”

Femke says by the time she came to terms with higher-than-expected property values, they would rise again – putting her back to square one in terms of her property hunt.

“And even now, with the property I have bought and the price I paid for it, it’s just hard to fathom. It is $125,000 more than my original top budget of eleven months ago, and is a property I wouldn’t have  considered when I first started this process – back then I was planning to buy a free-standing house.”

“During the course of a year I was priced out of the three-bed home market, even with a not-insignificant budget.”

Femke compares house-hunting to having a second job saying it takes hours every week to review property listings, make calls, attend open homes, weigh up the area, work out job commute times, the distance from friends and family. Then figuring out what maintenance or decoration work was needed, deciding which properties to bid on, and then waiting to hear the vendors’ decision.

“It wouldn’t be uncommon for me to visit four different places on a Sunday, and you’d start to see the same people every weekend,” says Femke. “And I could be driving an hour to see a place.”

Femke says many of the homes she wanted to buy were marketed as a ‘deadline sale’ and she learned that unconditional offers were required to be taken seriously.

“I got some bad advice at the start of the process by people who should know better,” she says. “I was putting in conditions on purchase agreements such as ‘subject to finance’ when I already had finance agreed – but that was the advice I was given, and in hindsight that tripped me up.”

Ultimately, Femke found the right property and moved in last week. Her advice first-time to home buyers is to do everything you can to get in a position to have an offer accepted.

“Listen to what the estate agents are saying as to what their vendor is expecting when it comes to value and look to add $50,000 to $100,000 to that figure and you’ll be in the ball park for what it will sell for.”

Femke also says in her experience buyer feedback on pricing is often below what potential buyers will bid.

“It’s what I have consistently seen,” she says. “The agent tells you what the buyer feedback is and the home sells for much more than that. And that has also been a contributing factor to me missing out on many properties. Buyers talk down the price with the agent and then bid higher than expected.”

Despite a steep learning curve and losing out on many fine properties, Femke says she is pleased with her new home and is looking forward to settling down, having her weekends back, and not having to trawl online property listings every day. 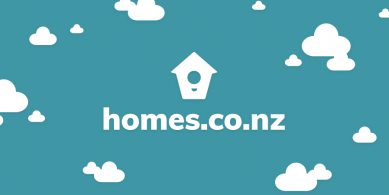 How It All Began…

First home buyers – Don’t give up!