What is recent data saying about house prices?

House prices, the unofficial barometer of the nation’s economy, are basically unchanged despite early talk of them dropping by up to 10 percent when the Covid-19 crisis shut the country down.

According to a report by CoreLogic, drawing on data supplied by valuation firm QV, property prices in Tauranga and Christchurch rose by a modest 0.2 percent in June. And while average values in other areas dropped slightly; the impact of the pandemic has been largely negligible with annual values still well above those of a year ago.

For example, average property values in Auckland dropped 0.3 percent in June, but are still up 5.4 percent on a year ago putting average values at $1,082,541. Hamilton is still going gangbusters with a June drop of 0.2 percent, but an enjoying an annual increase of 7.3 percent. The average property prices there are $627,777.

Wellington was down 0.5 percent in June with average values in the Capital sitting at $783,655 – up 10.4 percent on a year ago. Experiencing the biggest change is Dunedin, which saw a drop in value of 0.9 percent in June – but that is against a backdrop of a stellar performance in the year to June where values rose 18.9 percent. So, the drop is likely due to a little bit of heat being taking out of the market due to Covid-19 rather than anything untoward going on.

According to the report by CoreLogic, the drop in Dunedin is a “turnaround in fortunes for the student city after consistently strong annual value growth which peaked at over 20 percent earlier this year”.

The report says: “Demand from students was likely impacted by a stalling in foreign student arrivals and domestic students studying from home, both of which play a significant role in rental demand.

“However, the local economy, boosted by the building of the new hospital offers cause for optimism longer term.”

Elsewhere, the CoreLogic report says Nelson, Napier, and Rotorua all saw modest growth in property values over the June period.

It says: “For Rotorua, a city well-known for tourism, the local economy may have been shielded slightly by a lift in domestic tourism. In fact, domestic tourism already made up a greater portion (60 percent) of tourism spend than international tourism did, so perhaps Rotorua’s vulnerability to the borders being closed has been over-stated. For context only 35 percent of tourism spend in Queenstown is domestic and only 45 percent in Auckland.”

Speak to most real estate agents and they’ll tell you they are as busy as ever. Yes, there was a dip for a few weeks during the lockdown, but the market bounced back under level 2 (we are technically at Level 1 now).

Anecdotally, some agents say the lockdown gave home-owners a chance to take a breath and make plans to sell, trade-up, move down, and change location for better job prospects or retirement.

The CoreLogic report’s writers say: “Looking at market activity, both listings and demand to buy, appear to have returned to a level of seasonal normality.”

Underlying the whole real estate picture is that essentially little has changed – we are experiencing a ‘normal’ winter season.

There are still more people wanting to buy than there are available homes, and helping first-time buyers – who have filled the vacuum created by a lack of new arrivals due to border closures – is low-interest rates which are likely to go even lower as the year progresses (so be careful about locking in a fixed-rate loan).

The main takeaway is that property prices can be expected to edge down as the year progresses. But the good news is that they are edging down almost everywhere. So long as you sell and buy in the same market there is nothing to fear. The heady days of 2017 was a long time ago. 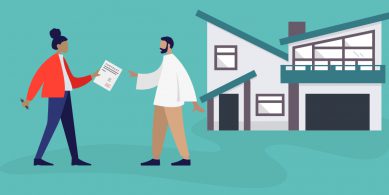 Why offers need to be in writing