A Tale of Two Cities

Compare residential property turnover in the South Auckland suburb of Papakura with Wellington’s upmarket Khandallah and you’ll see a story of two New Zealands. One area is up and coming, ready to make its mark, while the other is well-established with a solid community base.

While home owners in Khandallah appear to arrive and sit tight for generations – making the suburb one of the hardest in the country to move in to, more properties change hands in Papakura than in any other district according to Homes.co.nz data.

Last year Papakura saw 1434 of its properties change hands, while in Khandallah the figure was 156.

However, property turnover aside, the areas are like chalk and cheese, with Papakura seeing thousands of new homes being built, serviced by an expanded motorway and commuter rail line leading to central Auckland. While in Khandallah, new homes are – by comparison – are few and far between.

“South Auckland is experiencing a huge housing construction boom, mainly because north, east and west of the city has limited land supply or has very expensive land,” he says.

“Papakura is popular because it ticks a lot of boxes for a variety of buyers. First-time home buyers like Papakura because it is very affordable, particularly when you compare it to the rest of Auckland with its median $1.13 million property value.

“Papakura is probably one of the few areas that you will still have your ideal Kiwi dream home. There are a lot of large sections here that attract developers, lots of old homes have been removed to make way for new ones. The area has changed a lot over the past few years.”

Hen says with the Auckland City Unitary Plan bedding in after a few years, developers have gained confidence to invest in the district.

“For investors Papakura is one of the areas offering the greater rental yield,” he says. “You can buy a home here with an eye on high rental yield or higher capital growth – it depends on the area. So there is lots of diversity and variety here – and that attracts lots of people.”

Wellington real estate agent Murray Potts works at Lowe & Co and lives in Khandallah, a seven minute car drive from the city’s CBD – or 13 minutes by train. He says properties there are currently changing hands at an average price of $1.2 million.

“I think it’s good to live in the same area that you work in,” he says. “And there’s no doubt that properties here are tightly-held. I think that’s because the suburb has a deep-rooted community and well-regarded schools.

“When people purchase here they just don’t want to leave, and I think what adds to that is the established infrastructure. There’s good public transport, parks, shops, dining and restaurants, and they all make living here very appealing.”

Murray says there’s a high demand for properties in Khandallah and low turnover, a trend that’s been enhanced since Covid came along.

“More people than ever are valuing the well-established community here, it really came together during the lockdowns,” he says.

Another attraction of the district is its mixture of traditional 19th century architecture.

“There are a lot of older character homes here that many people are drawn to,” says Murray. “But there’s also some infill of more modern homes too.”

Despite it all, Murray says he is kept busy with homes in Khandallah changing hands, with residents frequently deciding to move within the area.

“Families move up to a larger property while empty nesters trade down to something more manageable,” says Murray.

“In addition, Wellington, being a government hub, has a transient population of professionals with people moving here for a few years before leaving for another part of the country or offshore.” 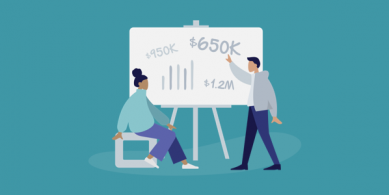 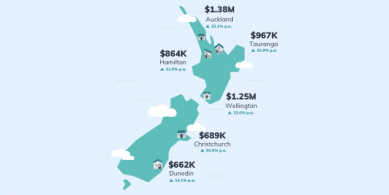