Are First Home Buyers Being Pushed Out of the Market?

While property trends firm CoreLogic predicts lower home values in late 2022, the main hurdle getting in the way of home ownership today is obtaining a mortgage.

What many home buyers face now is the triple whammy of higher loan rates, tougher lending rules, and banks generally being a bit more picky about who they will lend to.

Until recently, a pre-approval loan offer was good for six months and frequently renewed without question. Today, many borrowers find offers expire after three months and having them renewed is no longer a simple formality.

All this adds up to fewer first-time home buyers, buyers having less to spend, and there’s fewer homes on the market too. It’s a gold standard property crunch with no easy solution.

However, while property values continue to rise, these increases are not as widespread as they were. According to a Real Estate Institute survey, 46% of agents reported fewer people at auctions in the first week of December and 61% of agents say there are fewer people at open homes.

First-home buyer activity has also dropped like a stone according to the institute, with 56% of agents seeing fewer young buyers. A year ago 60% of agents reported seeing more first-timers. And this downward trend has to be linked to fewer people having a mortgage, or those with a mortgage offer not having enough to bid on the properties available.

Lesley Harris of the First Home Buyers’ Club [https://www.thefirsthomebuyersclub.co.nz/ ] has first-hand experience of the current lending market and says recent changes by the Reserve Bank and retail lenders have made a “tough situation tougher”.

“There’s rising interest rates, first-home buyers are generally bottom of the bucket for most banks, and the tightening of the lending criteria – restricting lending based on income to borrowing – have all played their part in what we are seeing today,” she says.

“I have never seen the market as tough as it is now. I am seeing people really struggle to obtain lending. We are not seeing incomes rise in tandem with property prices, and we are seeing rents soar – impacting on people’s ability to save their deposit.”

Harris says government needs to help first-time buyers with a mortgage guarantee scheme so banks will be more inclined to lend to them.

“They need to be treated outside of normal bank lending policy,” she says. “I wish there was some good news…It used to be that ‘hey, interest are rates are low’ but even those have gone up now.”

In another blow to home-buyers Harris is hearing of construction companies including contract clauses that they can increase the price of a new-build if circumstances change – such as a rise in the cost of building materials.

“It used to be that buyers were offered a clean fixed price turn-key contract and everybody knew where they stood,” says Harris. “But now contracts are basically estimates and that can make buyers and the banks very nervous.

“I have never ever seen the home-buying landscape look as challenging as it is now.”

However, Harris says there are a few things those wanting a home loan can do to help themselves:
If you have a credit card and don’t use it, cancel it. The value of your credit limit will be taken off what you can borrow 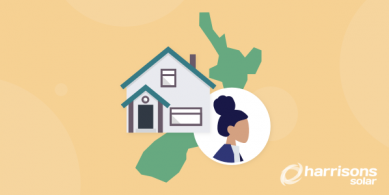 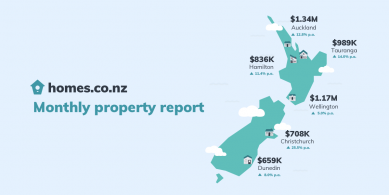